Many people are shocked to find out that charges that were withdrawn can still show up on a criminal background check.

It is not uncommon that domestic assault charges can get dismissed, withdrawn, peace bond, stayed, or discharged once the charges are brought to court.  In the heat of an argument the police are called and charges are laid which ends up in fingerprints being taken.

Even though the assault charge is withdrawn, the fingerprints, photos, court and police records can remain on file until a file destruction is completed.

A pardon or criminal record suspension is only required if there is a full conviction for assault.  In that case, a more prolonged process is required to expunge the criminal record but it can still be completed once you have met the eligibility requirements set out by the Parole Board of Canada.

The process for a file destruction for withdrawn assault charges still requires a complex application process but the end result is that the fingerprints, photos, police and court records will get removed from public record.

Here is a recent thank you letter we received from a person we helped to obtain a file destruction for 2 assault charges that were withdrawn: 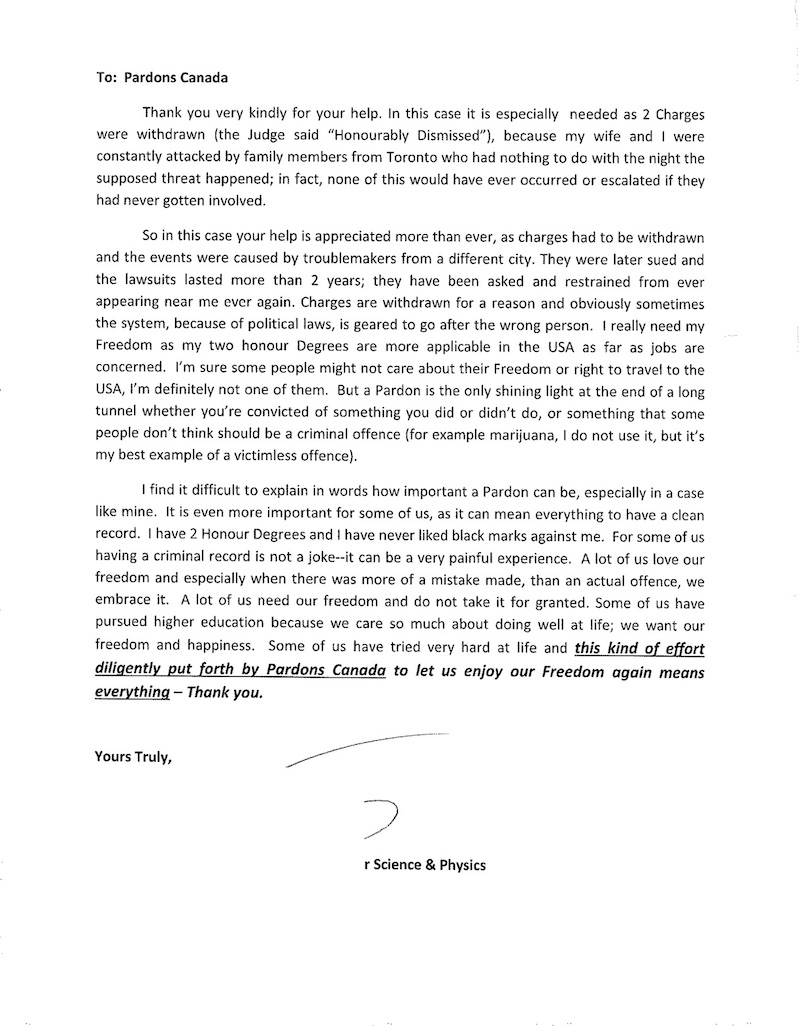