Pardons Canada Review – Remove Fingerprints to be safe for Employment

Nowadays, most employers are doing criminal background checks for all potential employment.

Even if you have been fingerprinted by the police and the charges were later dismissed, withdrawn, stayed, peace bond, diversion or absolute or conditional discharge, your prints can still show up on a criminal check.  This can be embarassing to explain to a potential employer or it can be a deal killer in getting a new job.

The below thank you letter is from a person we recently helped to remove prints and photographs for an assault charge that was stayed in court.  The charge was still showing up on the RCMP file or CPIC and was getting in the way of her getting work in social services.  Once the criminal record is removed she is now safe to get hired with any employer without the obstacle of having a criminal record: 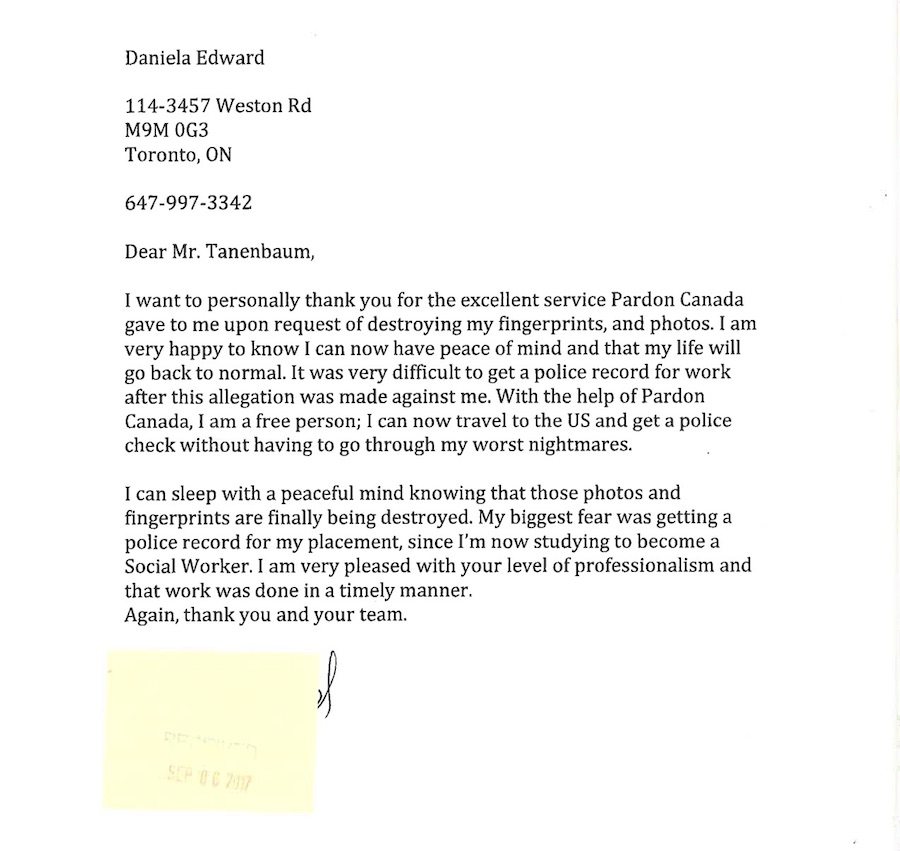