Pardons Canada Review – Remove DUI to be Safe to Travel

In Canada, a DUI or Impaired Driving conviction is considered to be a criminal offence.  Other similar driving convictions include Driving with Over 80 miligrams, Care and Control of a Motor Vehicle, Driving While Ability Impaired, Refusal to Provide a Breathe Sample are all considered criminal convictions.  You will have been fingerprinted by the police, gone to court, found guilty in court then ordered to pay a fine and likely be ordered to do a rehabilitation program like Back on Track or Interlock System.

In the US a DUI is considered to be a misdemeanor and not a criminal offence, however in Canada it is considered a criminal offence so that there will be obstacles as a result of the criminal offence.  Many people are concerned that they can be denied entry to the US as a result of their criminal conviction for DUI.  Usually the Americans are concerned with more serious offences so you may be safe to travel, but if you have more than one DUI then you can get denied.  Also, it will continue to depend on the customs officer regarding whether they let you in with a DUI or not.  Therefore, it is always a good idea to get the DUI removed so that you will never have to worry about it showing up in a criminal check for work or for traveling.

You do NOT need a US Entry Waiver with the DUI.  You only need a US Waiver if you have been denied entry to the US.  Some people make the mistake of applying for a US Waiver assuming they need it to enter the US.  This is not necessary.

In order to remove your DUI, you will need to apply for a pardon or record suspension.  The process takes time so it is fine to start the application process early and gather and prepare all the documents to be submitted to the government for final approval.  Once the pardon or record suspension is granted, then your criminal record will no longer show up on a criminal background check and you will be safe for work and traveling as well as volunteering and coaching.

Here is a thank you letter from a person we recently helped to obtain a pardon for a DUI: 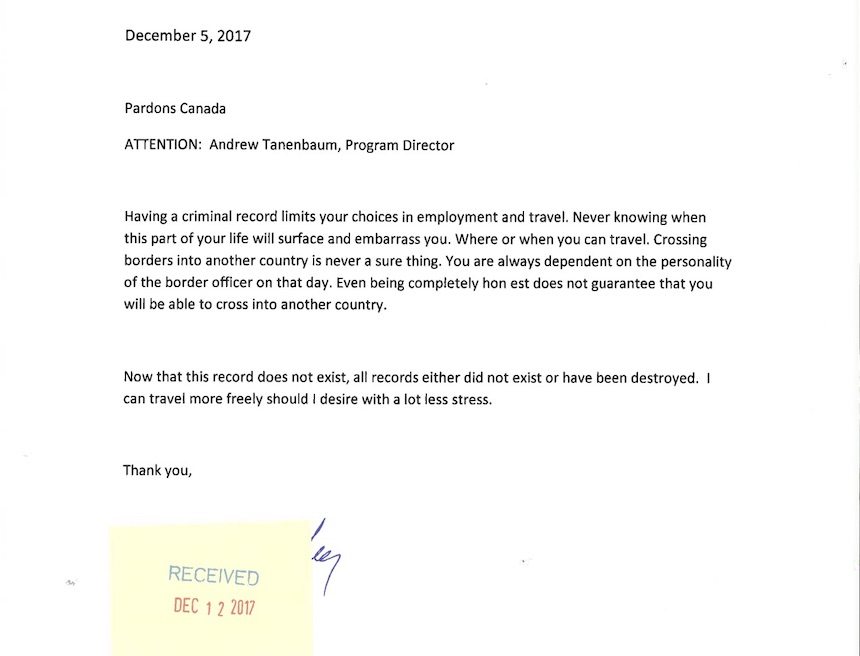