Pardons Canada Review – How To Remove a DUI in Alberta

Home » Pardons Canada Review – How To Remove a DUI in Alberta

Many people are unaware that a DUI or Impaired Driving conviction is considered to be a criminal offence.  A criminal record will stay on file forever until a pardon or record suspension is granted.

Other driving infractions that are considered to be criminal offences are care and control of a motor vehicle, dangerous driving, driving with over 80 milligrams, refusal to provide breathe sample.

Once you have a criminal record then you cannot pass a criminal background check for the purpose of employment, volunteering, coaching or even traveling to the US.

The good news is that once a pardon or record suspension is granted, then you will be able to pass a criminal background check and your criminal record can no longer be seen by the public.

Pardons Canada helps people every day to obtain a pardon or record suspension and DUI and other driving related offences are among the most common criminal offences.  The following thank you letter comes from a person we helped in Edmonton, Alberta who had a DUI conviction.  As you can see in the letter, the person is incredibly relieved that a pardon was granted saying it felt better than winning a million dollars.  Why? because they have their freedom back without the worry of having a criminal record be an obstacle to their lives. 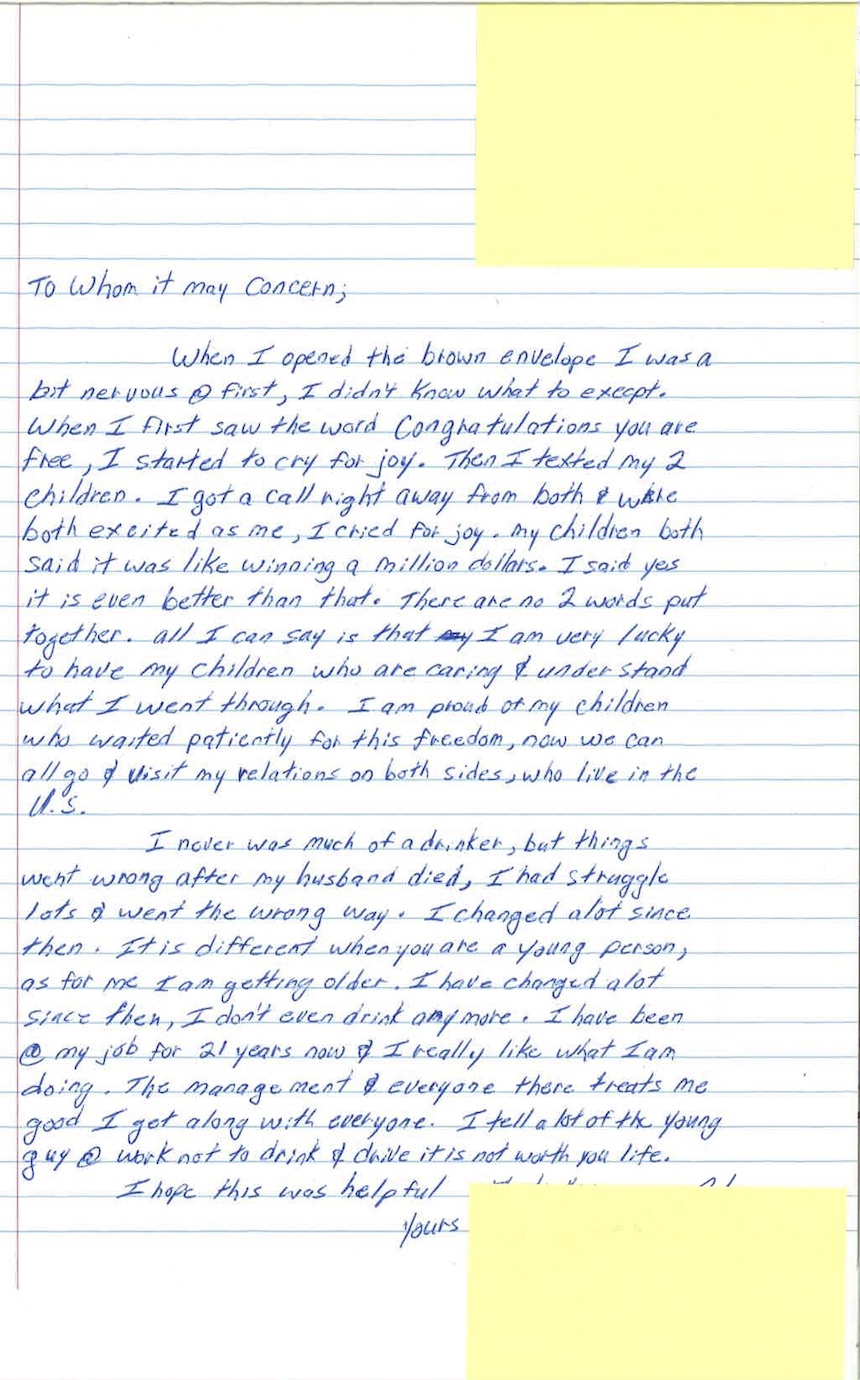