Many people have second and third chapters in their lives and this can include a whole new area of employment.

You may never have considered removing an old criminal record if you were working in a certain field for a long period of time and were never subject to a criminal background check.  However life changes happen and you may require employment in a whole new field as a second career.  It is at this time that you realize that an old criminal record will prevent you from gaining employment in your new field of work.

Whether you plan on entering social services, nursing, PSW, and many other fields of employment, a criminal background check is usually conducted.  If you have an old criminal record from something that happened many years ago, it will affect you getting a job today as you will not pass the background check.

Even if you have been fingerprinted by the police and the charges were later dropped, withdrawn, dismissed, stayed, peace bond or discharged, you may not pass a criminal background check.

By obtaining a pardon or record suspension, your criminal record will be removed for public viewing so that you can pass a criminal check for work purposes.  In the example below of a person we helped to remove an assault conviction, they can now enter a second career program without the barrier of having a criminal record.

The Second career program helps many individuals to re-gain employment for many reasons including injury in the former workplace, upgraded education and job redundancy.  No matter what age you are, its important to take care of your old mistakes and remove the criminal record for good so that it does not act as an obstacle for employment, volunteering or anything else you choose to pursue in your life. 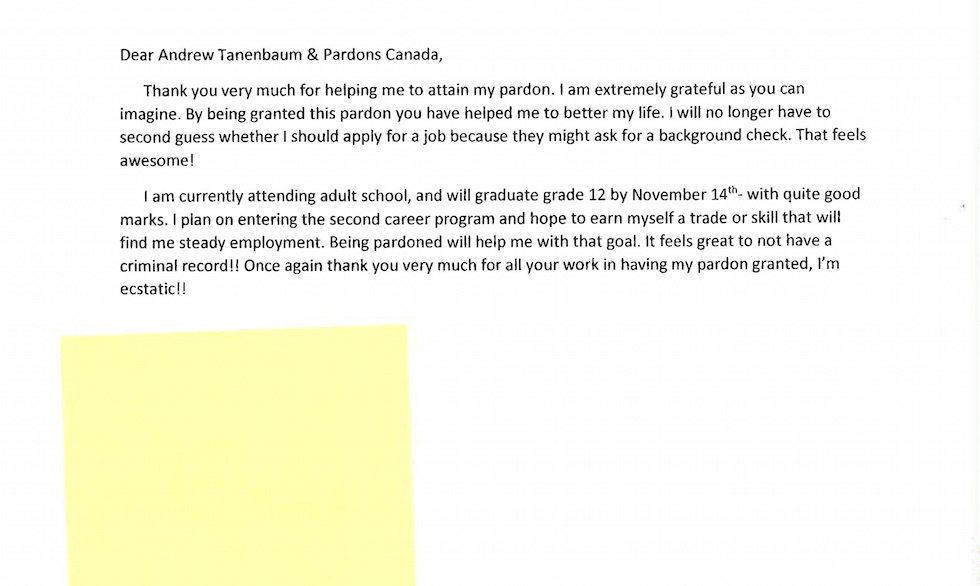