Pardons Canada Review – How To Remove a Criminal Record in Ontario

When you are fingerprinted for a criminal offence, even if the charge was later withdrawn, dismissed, stayed, peace bond, or discharged then the prints can be seen in a criminal background check and could interfere with employment and travel.

Many people think that if they win in court, in other words, if the charges are dropped then they don’t have a criminal record.  It is true that there would be no conviction but a search on CPIC or the RCMP file could still show that you have a criminal charge against you, particularly if a police report is ordered.

In Ontario, like most provinces the police will retain the fingerprint and charge information for a very long period of time unless a special request is made to remove the criminal record from the files.  We need to ensure that both the police and RCMP have removed the criminal record once the requests are submitted.  You only need a pardon or record suspension if you have been convicted of a criminal offence, otherwise the file destruction will suffice in removing your criminal record in Canada.

If you are traveling by car or airplane to the US, the American customs officer do have access to CPIC and other police reports so they can see that you have been charged with a criminal offence if they decide to do a criminal check at the border.  This is becoming a more common occurrence since 9/11 and especially with the increasing terrorist threats worldwide.

Here is a recent thank you letter from a person we helped to remove a petty theft charge that was withdrawn by way of diversion in Ontario: 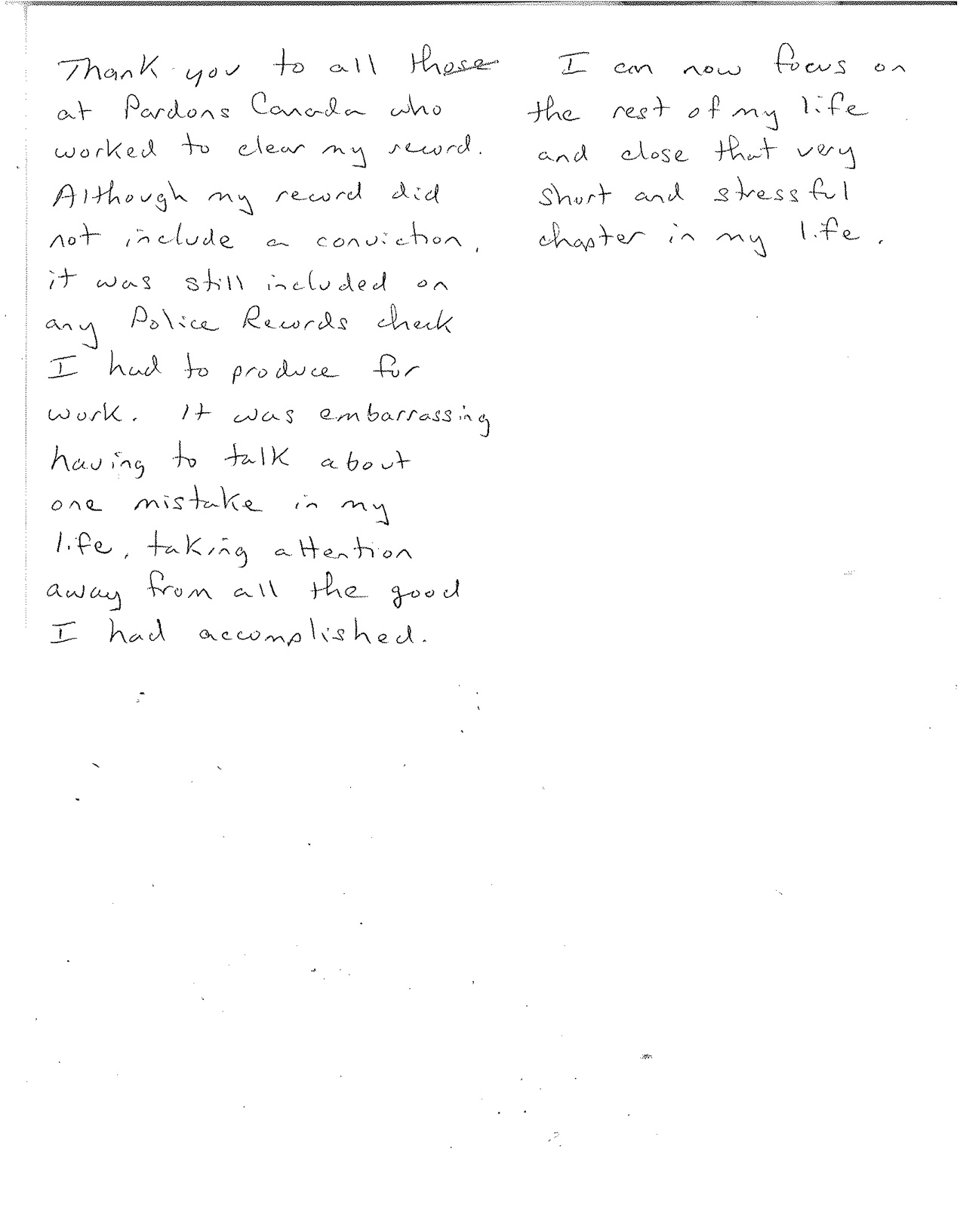