Once your pardon or record suspension has been granted and you have your Canadian citizenship you should be safe to travel without worry that the Americans will turn you away at the US border.  You only need a US Entry Waiver if you have been stopped at the border due to your criminal record and then denied entry.  Otherwise, if you have never been denied entry and your pardon is granted then you will be safe.

Here is a thank you letter we recently received from a person we helped to remove a theft charge which resulted in a criminal record and prevented this individual from obtaining their citizenship: 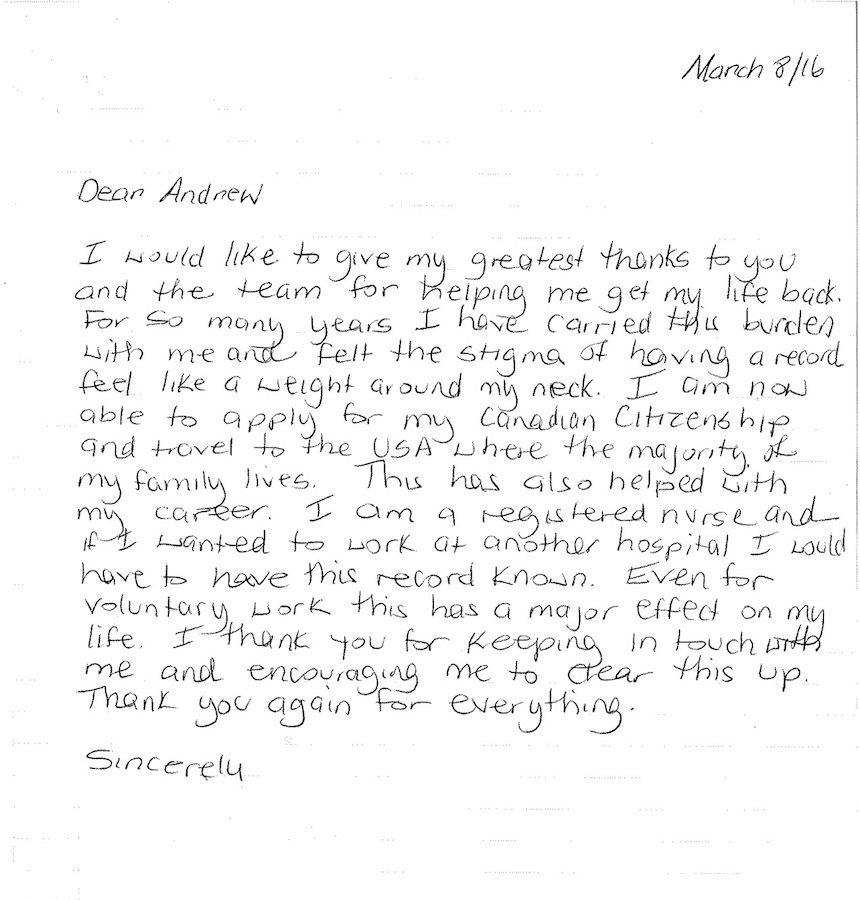