Assault is the most common criminal charge in Canada.  As soon as the police are called to the scene of an incident then they can arrest the individuals and take them into the police station for fingerprints.

Once you are criminally charged then you will go to court.  The outcome in court will determine whether you need a pardon, record suspension or file destruction to remove the fingerprints from the system.  If the assault charge was stayed, withdrawn, peace bond then a file destruction is required to remove the prints as soon as possible.

If the assault charge was absolute discharge or conditional discharge, you have to be out of trouble for 1 or 3 years and then you can apply for a file destruction.

If the assault conviction was indictable, in other words it was a more serious assault (assault causing bodily harm or assault with a weapon), you may have to wait 10 years from the end of your punishment to obtain a pardon or record suspension.

We help hundreds of people each month who have criminal records relating to assault and the thank you letter below is from a person living in Ontario who we helped obtain a pardon for a summary assault conviction: 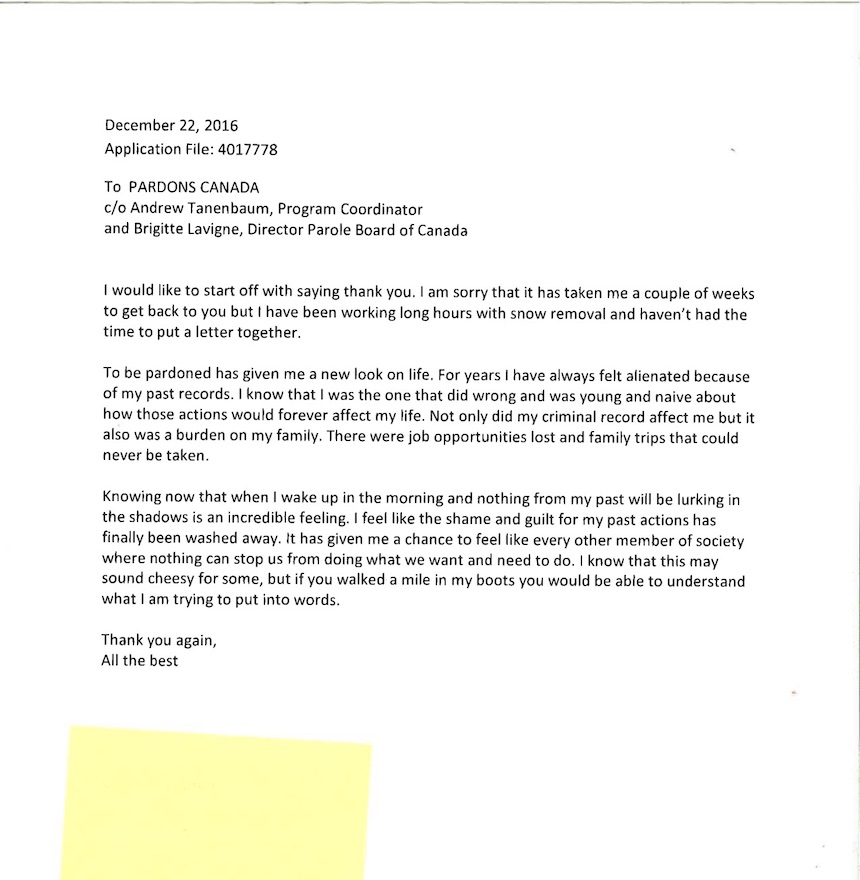