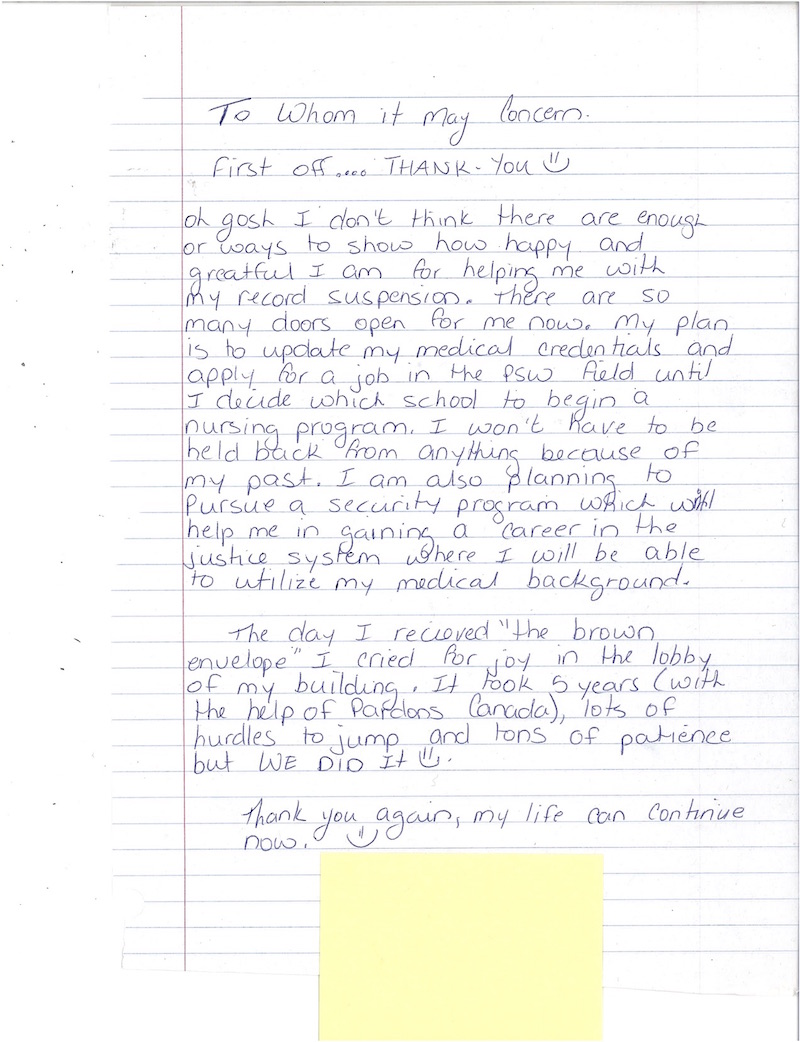 The timing of removing a criminal record really depends on the courts and police and the sentencing of the conviction.

Many people call us eagerly wanting to remove their criminal record by way of pardon, record suspension or file destruction.  Usually they are calling because the criminal record is an obstacle to getting employment, a promotion, a volunteer position or traveling to the US.

They would like the criminal record to be removed immediately, but its a process that can take 12-20 months depending on the courts and police.  Sometimes it can happen sooner but we would rather give reasonable expectations.  In the meantime, we can provide evidence that the pardon application is in process which sometimes help with employers, and other organizations.

If you have been in trouble with the police, you will need to stay out of trouble for a prescribed period of time in order to be eligible for a pardon/record suspension.  The eligibility time depends on the sentencing whether it was a summary or indictable offence or whether it was stayed, peace bond, withdrawn, absolute or conditional discharged.

Once the criminal record is removed by way of pardon, record suspension or file destruction, it can no longer be seen by the public and the person is safe for work and traveling.

Here is a recent thank you letter from a person we helped to obtain a pardon/record suspension for a petty theft conviction:

Pardons Canada: Does one pardon remove all offences?
September 21, 2022