Pardons Canada Review – How To Clear Criminal Record in Canada

Many people call or email Pardons Canada trying to find out how to clear a criminal record for a past offence.  The process for clearing a criminal record really depends on the type of offence and how long ago it happened.

Regardless, if you have been fingerprinted by the police then the criminal record can appear on a criminal background check even if the criminal charge was later withdrawn, dismissed, peace bond, diversion, stayed or discharged.

For absolute discharges, your timing to be out of trouble is one year and a conditional discharge you have to be criminal free for three years.  Regardless, you will need to make an application to have the prints removed from the system so that you are safe in the future on criminal checks.

The following is a thank you letter from a person we recently helped at Pardons Canada to remove a theft convictioni from over 20 years ago.  As you can see in the letter the person is incredibly embarrased about having a criminal record but at the same time very relieved to have finally removed the criminal record by way of a record suspension or pardon: 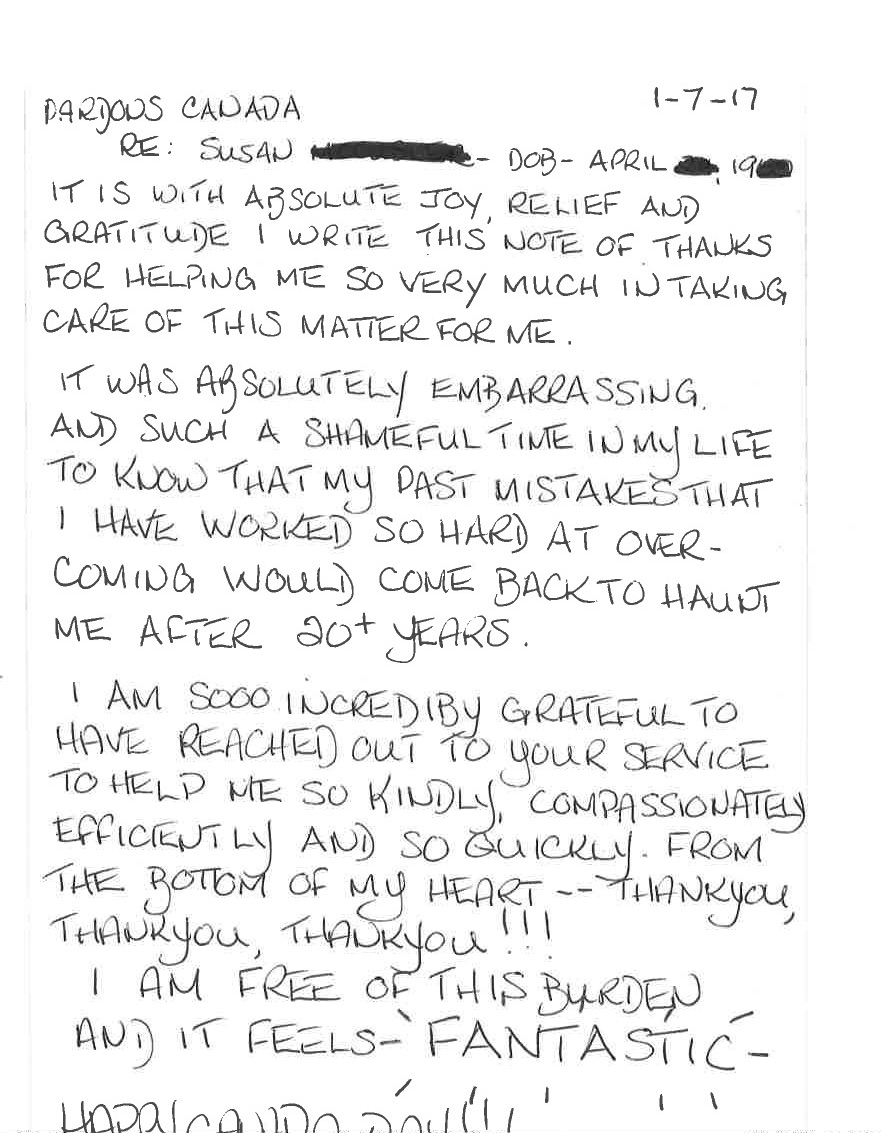