Pardons Canada Review – Applying for Uber with a Criminal Record

Many people want to take advantage of earning extra income by working for Uber.  Whether it is for a part time position or full time driving position with Uber, you will be subject to a criminal background check before getting hired.

If you have a criminal conviction or have even been fingerprinted by the police it will result in an automatic rejection by Uber.

Many people are surprised to get rejected if their criminal record was withdrawn, stayed, peace bond, absolute or conditional discharged.  The reason for this is that despite the non-conviction, the fingerprints still remain in the system which causes a negative hit when a criminal background check is conducted.

The answer to these issues is to apply for a pardon, record suspension or file destruction.  Once the criminal record is removed then you will be safe to apply for any employment including Uber.

The process to obtain a pardon, record suspension or file destruction is complicated and could take time but it is necessary because otherwise the criminal record stays on file forever and will get in the way of employment, travel, coaching and volunteering as well as immigration.

Pardons Canada assists individuals throughout the entire pardon application process so that it will get approved in a timely manner and that all the paperwork is filed correctly, otherwise it could get rejected by the government.

Here is a thank you letter from a person we recently helped to remove a criminal record of assault: 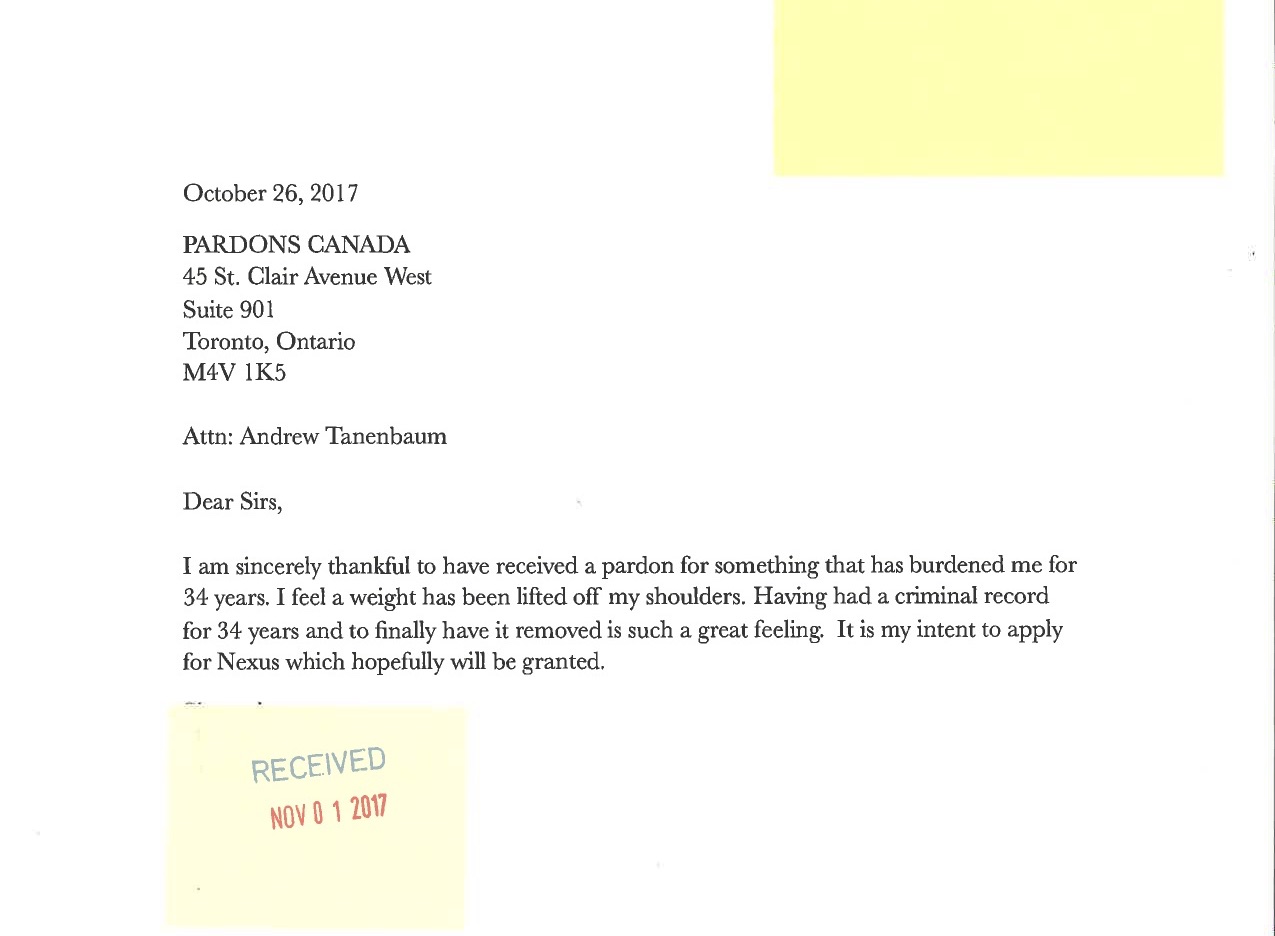