We help many people each day to obtain a Pardon or Record Suspension to remove an old criminal record.  Even if you have multiple charges as is the case in the attached example, one Pardon will take care of all the charges.

Once the criminal records are removed by way of Pardon or Record Suspension you will be safe for work and travel.

If you have already been denied entry to the US because of your criminal record, then you will need a US Entry Waiver to return to the US.  This application is known as I-192, or I-194.

Here is a recent thank you letter we received from a person we helped to obtain a Pardon/Record Suspension who had multiple convictions: 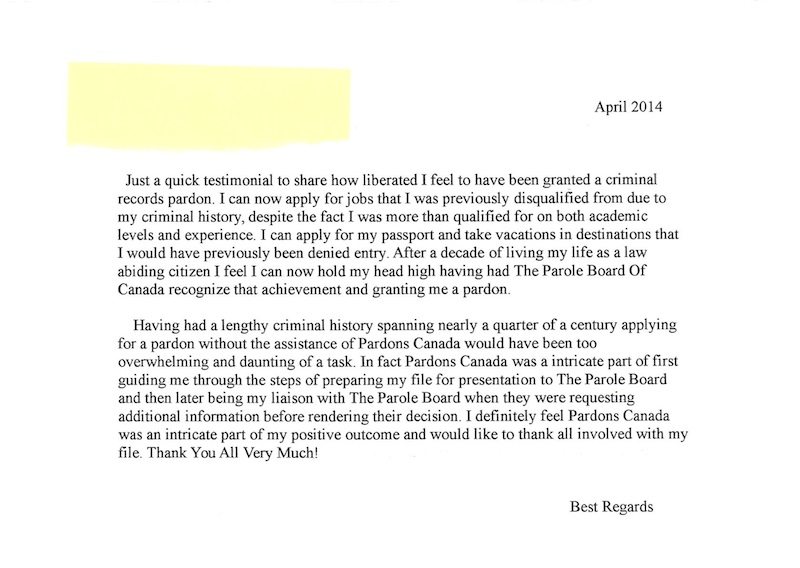