Many new jobs are for driving, especially Uber, and it has now been enacted into law in Edmonton that all drivers applying for driving positions including taxis and Uber are subject to a criminal background check.  This is especially a painful reality for a person who has an old criminal record such as a DUI, but has been out of trouble for many years and now can’t get work because of the old offence.

In a recent article titled “Insurance, criminal record check part of Edmonton’s ride sharing by-law” it highlights the challenges people will have in getting work with a criminal record.

The good news is that if you have been out of trouble for a certain period of time then you are eligible for a pardon or record suspension.  Once your criminal record has been removed through this process, it cannot be seen in a criminal background check and you will be safe to obtain whatever employment in Edmonton or any other province that you wish.

Even if you are early for your eligibility of a pardon or record suspension, its OK to start the process the sooner the better as it can take time and is complicated.

Here is a recent thank you letter from an Edmonton resident whom we recently helped to obtain a pardon/record suspension for a DUI, also known as Impaired Driving, or Failure to Provide Breath Sample or Blowing over .08: 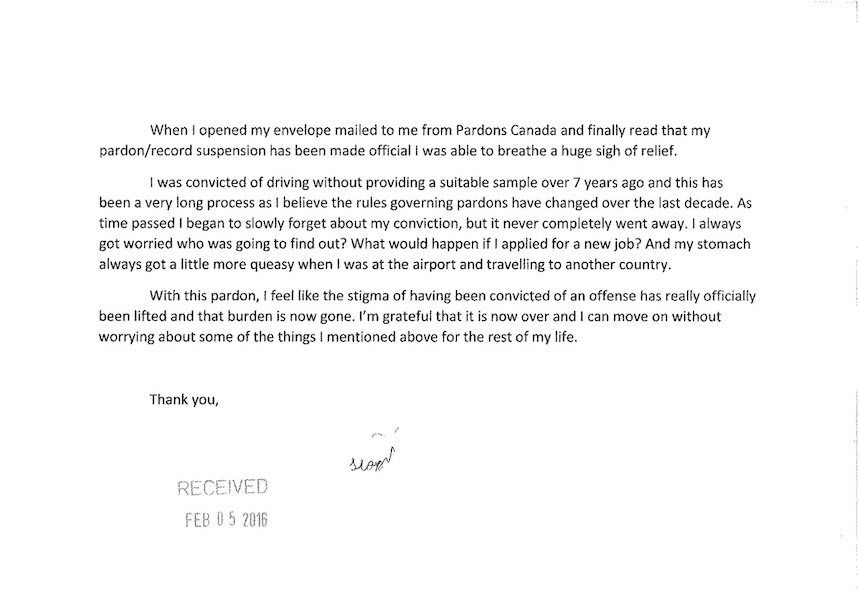