In March 2012, the Conservative government passed an omnibus crime bill called Bill C-51 which included many changes to the pardons laws.

Other adverse changes to the pardons laws was the eligibility requirements for obtaining a pardon.  Summary offences were changed from a three year to five year wait and indictable offences were changed from a five year to a ten year wait.  These longer waiting times are very punitive to those who have committed a crime, paid their punishment and now want to re-integrate into society as a contributing member.

Regardless, removing a criminal record can be a very liberating feeling and Pardons Canada helps thousands of people each year to obtain pardons, record suspensions and US Entry Waivers.

Here’s a recent thank you letter from a person we helped to obtain a criminal record suspension for a number of theft convictions: 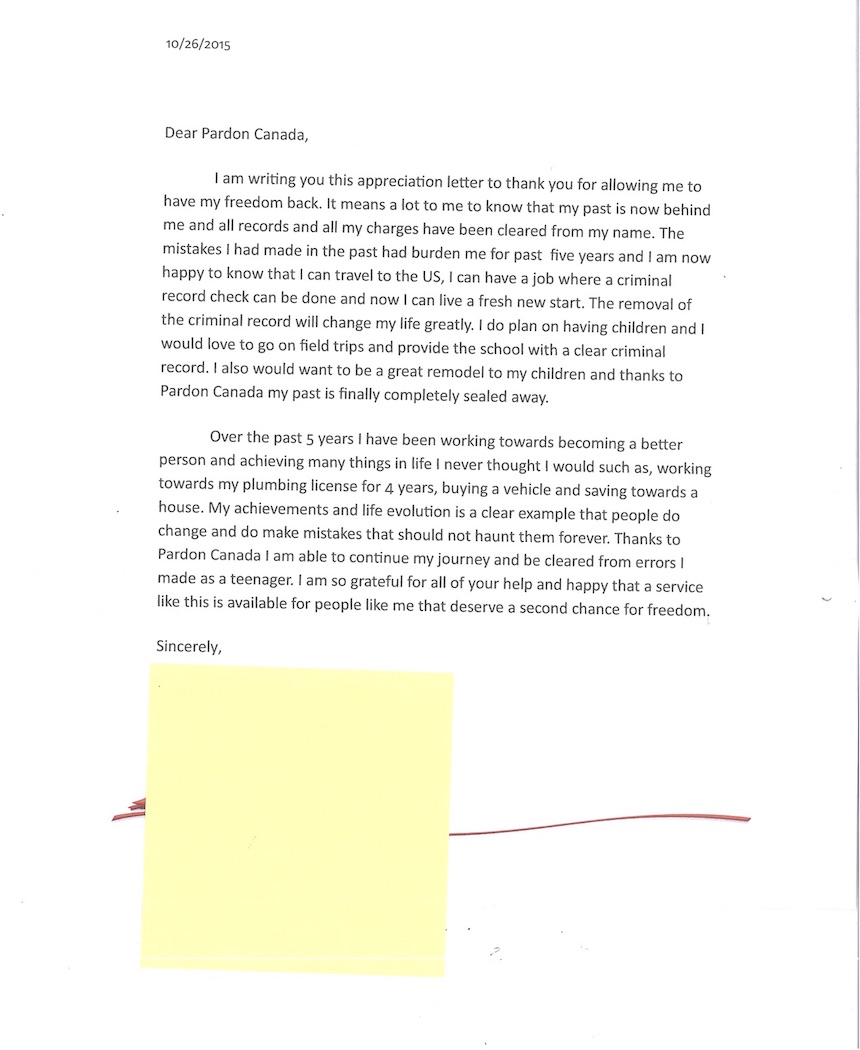