Among the most common convictions in Canada is Driving While Ability Impaired, also known as DUI, DWI, more than 80 mgs of alcohol.  There are over 80,000 convictions across the country for this type of offence.

When you are caught drinking and driving the consequences can be severe.  In addition to losing your licence for a period of time, the fines for a DUI are hefty as well as legal fees if you decide to fight the charge in court.  Also, insurance rates can skyrocket in the event you are convicted of a DUI, making the entire proposition very expensive.

Here is a letter we recently received from a person we helped to remove an Impaired Driving conviction by way of record suspension: 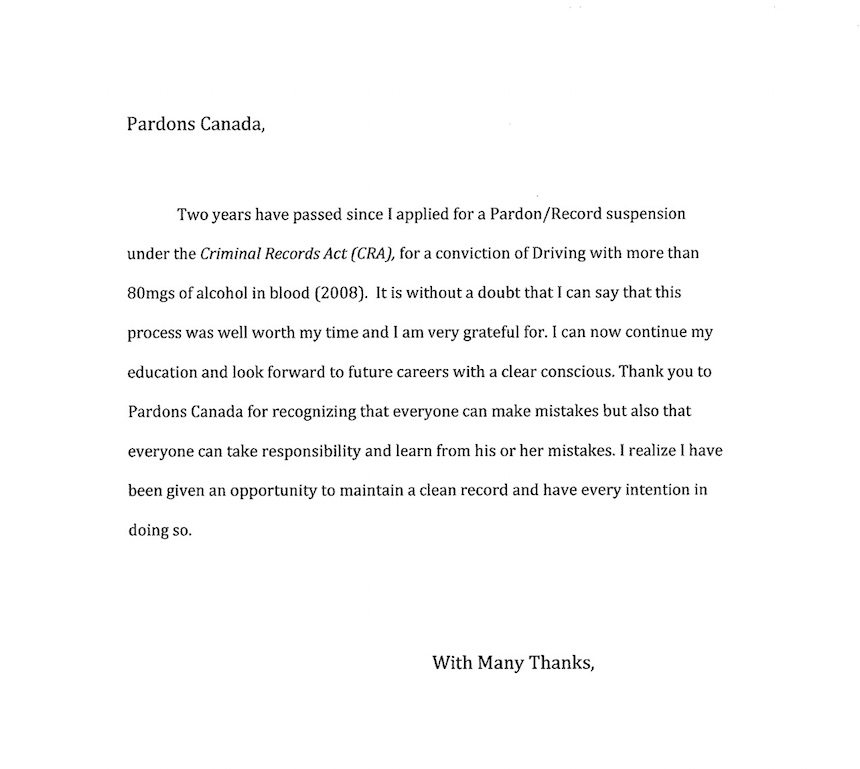