Oftentimes, if a fight breaks out between two people the police can be called and one or both of the people in the fight can be charged for assault.  It can be a small fight like a yelling match, or it can be more brutal with people winding up in the hospital as victims of assault causing bodily harm or assault with a weapon.  Even if they did not intend the police to get involved, once they are called they will often lay charges and you will be fingerprinted.

Later on, in court, the two parties may decide that its not worth it to drag the situation through court and they can ask for the assault charge to be dismissed.  Sometimes, the judge will not dismiss the assault charge and they can order a peace bond, stay of proceedings, absolute or conditional discharge or even a full conviction carrying probation of one year.

When a fight breaks out in an apartment complex, sometimes between a husband and wife or children, a neighbour will call the police if they hear loud noises coming from the apartment or smashing of furniture.  Once again, the police will not hesitate to lay charges and do fingerprints even if the two fighting did not want the police to be called.

Once you are fingerprinted for assault, then there can be a criminal record or an incident report that can be seen by the public.  This is especially concerning if you are trying to get employment or travel to the US.

A criminal Record Suspension is needed to remove the criminal record from public record if there is a full conviction.  If the assault charges were dismissed or peace bond or stayed, then you will need a file destruction to remove the prints, photos, court and police records.

Here is a thank you letter we recently received from a person we helped to obtain a record suspension for an assault conviction: 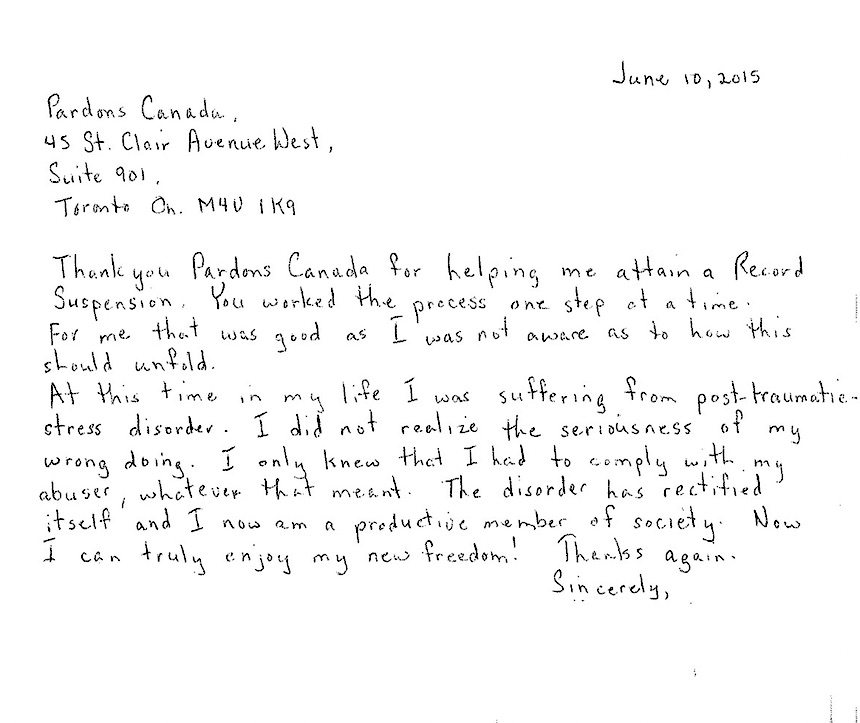